What is an eyebrow dormer? 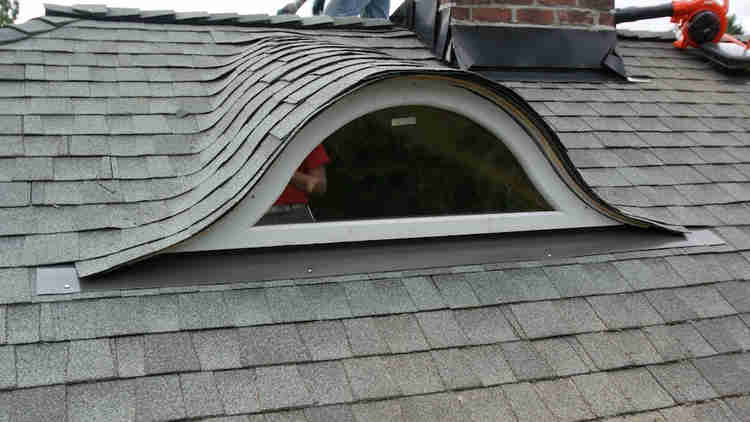 What is an eyebrow dormer?

An eyebrow dormer, also known as a roof eyebrow, is a wavy dormer that protrudes through the slope of a roof. It contains a window that may be fixed or operable.

The first eyebrow dormers appeared on medieval thatch-roofed cottages, making their way to America in the second half of the 19th century on Queen Anne-style houses after being popularized by Boston architect Henry Hobson Richardson.

Today, roof eyebrows can be found on many different types of homes, from post-modern beach homes to converted-garage guest cottages. They are most commonly found in the attic, although they’re sometimes incorporated into basements, garages and additions. Their designs, too, can vary from tall half-rounds to gentle “ocean waves” and geodesic domes. Construction is difficult, however, as most require tricky framing and roofing, as well as a custom-made sash.

The advantages offered by eyebrow dormers, and dormers in general (such as shed dormers), are a mix of aesthetics and function; they provide a curvaceous, subtle way to bring light into a building and ventilate the top-floor space while breaking up the monotony of an otherwise angular roof or flat, interior ceiling. Through these design features, occupants can gaze across their yard or see who is coming up the driveway. Occupants also enjoy additional headroom in certain areas without having to raise the building’s primary roofline. And, as with any design feature that adds elegance and utility to a home, eyebrow dormers typically improve the home’s resale value.

Eyebrow dormers are not usually problem areas, although shoddy roof work is probably more likely here than at the rest of the roof due to the expert handiwork required to put them together competently. Leaking might be an issue because eyebrow dormers are often shingled separately from the rest of the roof, so it’s possible that the connection between the two is a weak point for running rainwater. They can be inspected for water intrusion around the interior and exterior of the window. Inspectors and roofers should be extra careful while traversing roofs that include eyebrow dormers, as their undulating slope can allow for a deadly loss of footing.

Specialty dormers are usually quite expensive. In construction, anything that deviates from a straight line will cost extra. If the window is an unusual shape, it’s going to need to be custom-made and it will cost even more. In addition to the expense of a curved window, the inside of the eyebrow will need to be finished, and the exterior must be roofed around a tricky geometric shape. An eyebrow may cost the homeowner more than $10,000 if it’s a large retrofit, although the price will be somewhat less if it is incorporated into the building’s original construction. Regardless, eyebrows will typically cost several times as much as a skylight, a common design alternative.

Eyebrow dormers add class to a building without requiring a dramatic change in architecture. Such unusual exterior design features in buildings and homes should be checked for flashing defects, water intrusion and other problems that custom features can present.